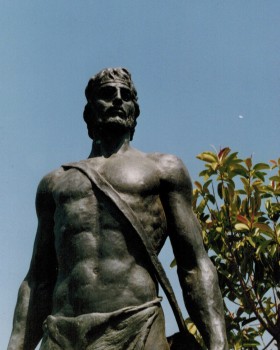 The Balearic slingers formed an army corps in the Classical Age, both in the Carthaginian and in the Roman troops. They were present at the wars aganist the Greeks in Sicily, at the end of the 5th century B.C., as well as in the second Punic War. Subsequently, they served as auxiliary light infantry troops in numerous battles, among which we must mention their presence in the legions of Julius Caesar's Gallic War.